We went over the most common mistakes that are done when reciting the Quran, and the first one is making inappropriate starts and stops, which can go as far as changing the meaning of the Words of Allah SWT. In this article, we go over the main stopping signs that can be found in most commonly used ma???if (plural of mu??af, which designates a copy of the Quran) today, giving a short explanation and an example for each sign. 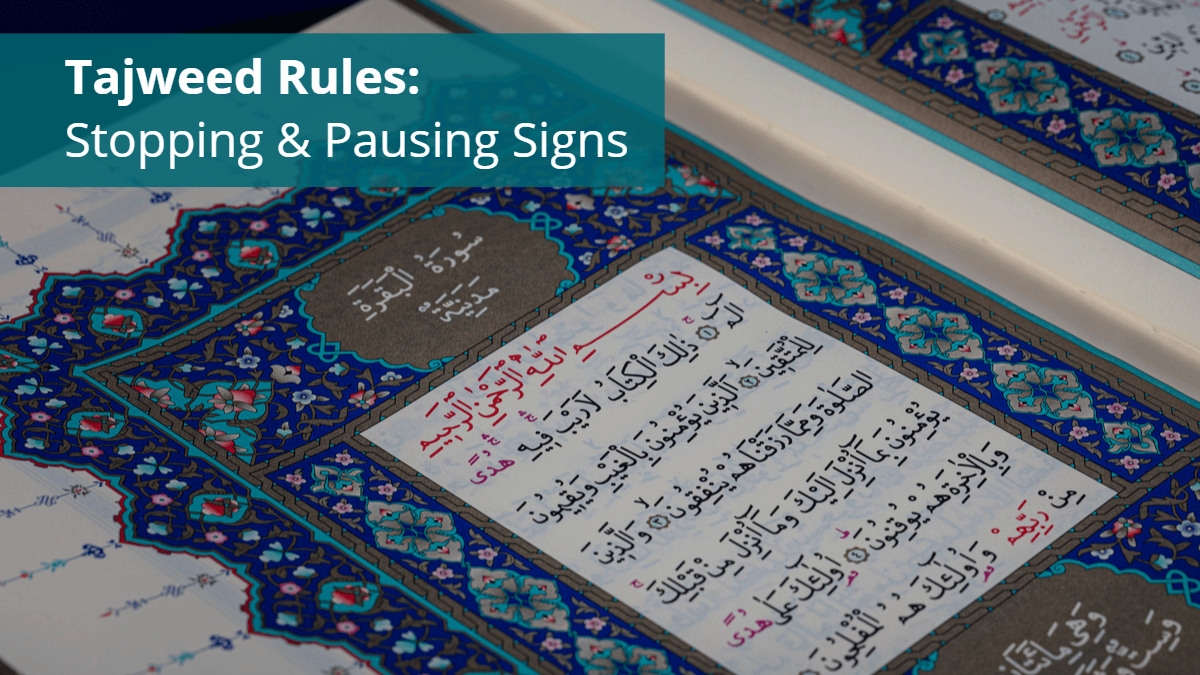 List of stopping and pausing signs, their meanings and an example from the Quran

"Only those who hear will respond. But the dead - Allah will resurrect them; then to Him they will be returned."

"Unquestionably, to Allah belongs whoever is in the heavens and whoever is on the earth. And those who invoke other than Allah do not [actually] follow [His] "partners." They follow not except assumption, and they are not but falsifying."