How Old Is The Arabic Language?

The day was established by the United Nations ­Educational, Scientific and ­Cultural Organization (UNESCO) in 2010, and "coincides with the day in 1973 that the General Assembly of the United Nations adopted Arabic as the sixth official language of the Organization" (source: UNESCO website). Each year, institutions, organizations as well as Arabic and non-Arabic speakers use this day to celebrate the Arabic language and appreciate its many amazing facets. 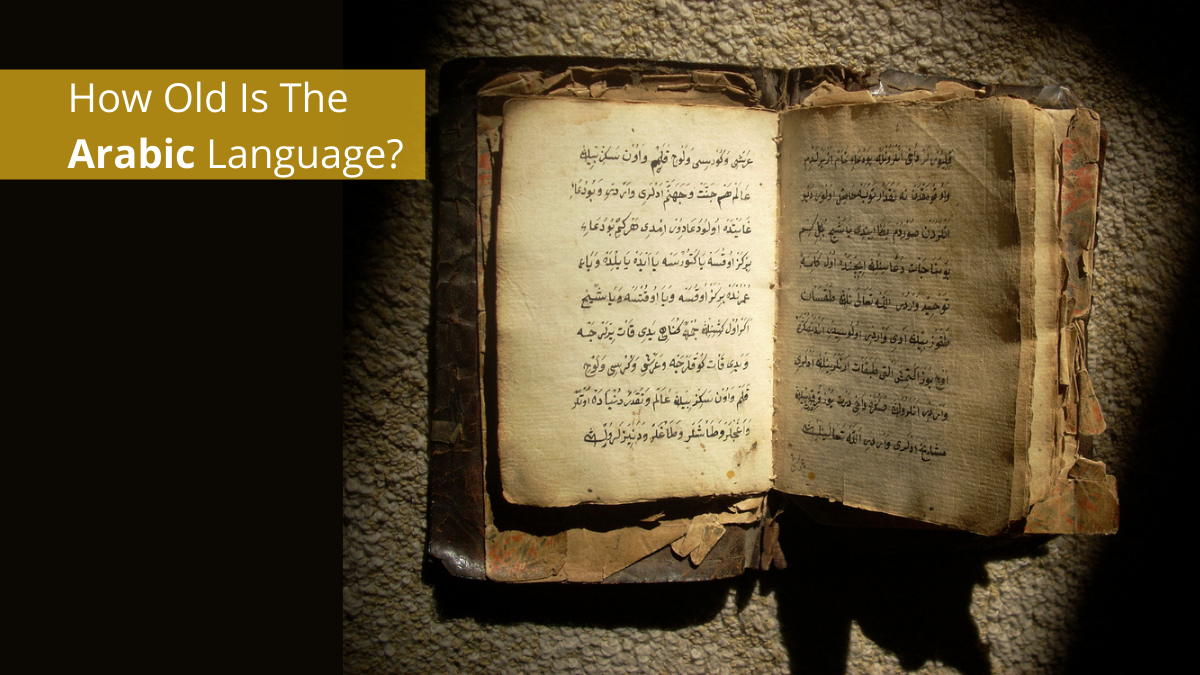 Spoken by over 400 million people, this Semitic language is the world's 5th most widely-spoken language, and its number of learners increases every passing day. If you are looking forward to being one of them, start your journey with an online Arabic language course right now and waste no time!

Keep reading to learn more about the Arabic language, its history, origins and other amazing facts!

It's hard to keep track of when and how some language first appeared, especially that the origin of the Arabic language is still a debated topic. However, there are some sources that provide insights on when Arabic first emerged, and scholars agree that Arabic is one of the oldest languages ever discovered and used in the world.

When Did The Arabic Language Emerge?

The Arabic language as we know it is thought to have originated in the sixth century, but older variations of the language existed, including the Safaitic dialect, an old Arabic dialect used by pre-Islamic nomadic inhabitants of the Syro-Arabian desert. However, according to various sources, the language's first appearances date back to the second millennium BC.

The Arabic of the Maghreb (North Africa), Egyptian Arabic (Egypt and Sudan), Levantine Arabic (Lebanon, Syria, Jordan, and Palestine), and Iraqi/Gulf Arabic are the four main regional dialects spoken in the Arab world today, with dialectic differences in different countries.

Modern Standard Arabic differs from both Quranic and Classical Arabic. It has undergone a period of "Europeanisation" in the 19th century which has modified parts of the language and has had a major impact on grammar.

How Old is The Arabic Alphabet?

First of all, the Arabic alphabet is incorrectly labeled as an "alphabet". Rather, it is an "abjad". An abjad is a system that makes every letter in the language stands for a consonant rather than a vowel, requiring the language's user to include the vowels using vowel markers.