Home > > > Are You a New Blackpink Stan? Know these Facts About the Group

Are You a New Blackpink Stan? Know these Facts About the Group 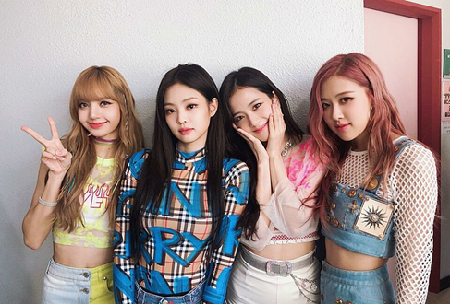 Kpop is taking the world by storm. Amongst the many incredible bands and solo artists the world is getting to know, Blackpink has been stealing the hearts of music lovers everywhere. This South Korean group quickly became mainstream in major music markets, racking up awards and chart achievements. Blackpink is also a streaming force, garnering millions of streams across popular platforms. Before shopping for Blackpink merch at a Kpop store, here are a few things you should know about the group:

Blackpink debuted in the year 2016, and they have been putting out multilingual music ever since. The group consists of four members namely Jisoo, Rosé, Lisa, and Jennie. Just a few years into their career, the group rose to fame with their videos going viral on YouTube. The music video for their song “Ddu-Du Ddu-Du” has over 1.5 billion views, the most viewed video by a Kpop group!

Fans love buying Blackpink merch on Kpop store. It’s not just the music, but the charisma and talent of the girls have made them instantly likeable. They also have a strong social media following. Lisa is the most followed Kpop idol on Instagram, having over 50 million followers as of today!

About the Name ‘Blackpink’

According to a representative for the label, the name Blackpink refers to the concept “pretty isn’t everything”. The name symbolises that “they are a team that encompasses not only beauty, but also great talent”. Essentially, its about being tough and bold (Black) with a mixture of femininity (Pink).

You are Officially called a ‘Blink’

If Blackpink is your new obsession, you are called a “Blink”! The stan name was coined back in January 2017, and it’s a blend of the words “Black” and “Pink”. Time to do some Kpop merchandise shopping, don’t you think?

They’re all for Motivation & Empowerment:

Blackpink’s music is undoubtedly fun and energetic, but the group makes their songs even better with inspiring and powerful lyrics. Their songs talk about self-love, confidence, and motivation.

Their Impact Goes Beyond Borders:

Blackpink has become a worldwide sensation ever since their debut.

• They are the first Kpop girl group to perform at Coachella, one of the biggest and most popular music festivals in the world.

• They have collaborated with world-renowned artists including Selena Gomez (Ice Cream), Lady Gaga (Sour Candy), and Dua Lipa (Kiss and Make Up).

• Their music is quite popular on the US Billboard charts, with their song “Ice Cream” peaking at #13 on Billboard Hot 100, and their debut album “The Album” peaking at #2 on the Billboard 200 chart!

• The girls bring their A game in fashion too. Jennie is the ambassador of Chanel Korea, and her fans even nicknamed her “Jenniepin” for making hairpins a trend. Also, Rosé is the brand ambassador for Yves Saint Laurent, whereas Jisoo for Dior South Korea.

Now that you are officially a Blink, show your support for the girls by grabbing some merch from a Kpop shop today!

The author is working at a recognised Kpop shop offering quality merch at great prices with free shipping. In this article, he enlists some cool facts about the popular Kpop group Blackpink. Visit https://kpop-merchandise-online.com/ for more.