Home > > > What You Need To Know About Traffic Offences in NSW

What You Need To Know About Traffic Offences in NSW 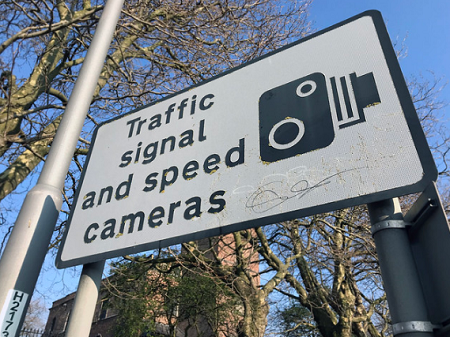 You got the license, drive on the roads every day, and you know the rules, aren’t you? But, are you sure about the traffic rules in our country? Of course, there’s a lot of them, and you know the obvious ones. But, some of the Australian road rules aren’t easy to recall. There are some traffic rules that you never know, but they are illegal in the urban areas of NSW.

Breaching the traffic rules can lead to hefty fines and imprisonment. Sydney is one of the largest cities of Australia and has the worst traffic congestions, making Aussies overwhelming and resulting in breaking traffic rules at times. Don’t worry, we, traffic lawyers, are here to help you get valuable insights on traffic offences in NSW so that you can avoid breaching the rules and make informed decisions:-

Speeding is one of the most common traffic offences on Sydney roads. According to NSW health, most accidents in Sydney are caused by speeding. If a police officer notices a vehicle exceeding the speed limit through a mobile speed camera or fixed speed camera, the driver has to face serious consequences. A penalty notice will be issued, and the license could be suspended for at least three months. In case if your license was suspended due to speeding, you could get the assistance of traffic offence lawyer Sydney to appeal in the court and get it revoked or at least reduce the duration of the suspension. A professional lawyer knows the alternatives and can do their best to revoke the suspension of your license.

Driving without a license or unlicensed is a serious traffic offence in Sydney. Mostly this traffic is committed by youngsters. According to a survey, about 17.7% of young people aged 12 – 25 account for an unlicensed traffic offence. If you have committed an unlicensed driving offence more than once and never had a license, the court will disqualify you from getting a license for a mandatory period of three years. A traffic lawyer can help you get the license earlier by reducing the disqualification period.

Speeding more than 45km per hour, street racing, and engaging in police pursuit are some of the serious traffic offences. If you commit any of these offences, the police might confiscate the number plate, and it can last for three months. If your vehicle was impounded, consult a traffic lawyer to negotiate and reduce the punishments.

If you have committed any of these traffic offences, please get help from a reputed traffic lawyer in Sydney.

The author is the best traffic lawyer in Sydney. Along with the team of professionals, he helps clients effectively navigate the legal system and achieve the best possible outcome for their circumstances. Visit https://powerhouselaw.sydney/ for more details.