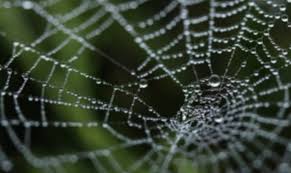 Silkworm silk is mostly recognised as a high-end material. Spider silk is a superior alternative to silkworm silk fibres due to its superior qualities. Silk's versatility guarantees that it is used in a variety of ways in nature. Silk spiders demonstrate characteristics of strength, toughness, elasticity, and energy absorption unique to their species. Using non-protein approaches, spider silk-like mechanical properties have been difficult to attain until recently.

Many biodegradable and biocompatible materials, such as spider silk, are waiting to be discovered in nature. Weaved in vast numbers, spider silk may be as durable as steel while yet being as flexible as a guitar string.

Synthetic Spider silk is a protein fibre that spiders spin. Spiders utilise their silk to create webs or other constructions that serve as sticky nets to trap other creatures, nests or cocoons to protect their progeny, or wrappings for food. They can also suspend themselves, float in the air, or glide away from predators using their silk. For varied purposes, most spiders alter the thickness and stickiness of their silk.

Silk is produced by all spiders, and even non-web-building spiders use it for courting and mating. Webs and draglines offer a substrate for female sex pheromones, while silk generated by females serves as a transmission route for male vibratory courting signals. Male spiders generating silk during sexual encounters have also been observed in phylogenetically diverse species. However, little research has been done on the role of male-produced silk in mating.

A method for producing spider silk at scale:

Though farming spiders for silk may appear to be a wonderful concept in theory, it proved to be a major setback when first adopted for spider silk production. Because spiders are cannibalistic and territorial animals, raising and maintaining huge numbers of them is difficult. They tend to generate less silk in captivity. Harvesting silk from spiders also takes a long time.

Researchers have taken an alternative approach to solving this challenge, looking into artificial manufacturing to synthesis spider silk.

In the abdomens of spiders, there are glands that contain a water-based solution containing the silk-making proteins. Spiders use up to seven distinct types of silk fibre to weave their webs and conduct a variety of functions. Because each silk has various mechanical characteristics and is made of peptide modules that bestow those qualities, these diverse fibres offer a comparison of structure with function. Proteins with specified strength and elasticity may be created utilising genetic engineering to combine the modules in particular quantities, with numerous potential medicinal and engineering applications.