Home > > > Node.js vs Springboot Java - which one to choose for your web application development?

Node.js vs Springboot Java - which one to choose for your web application development? 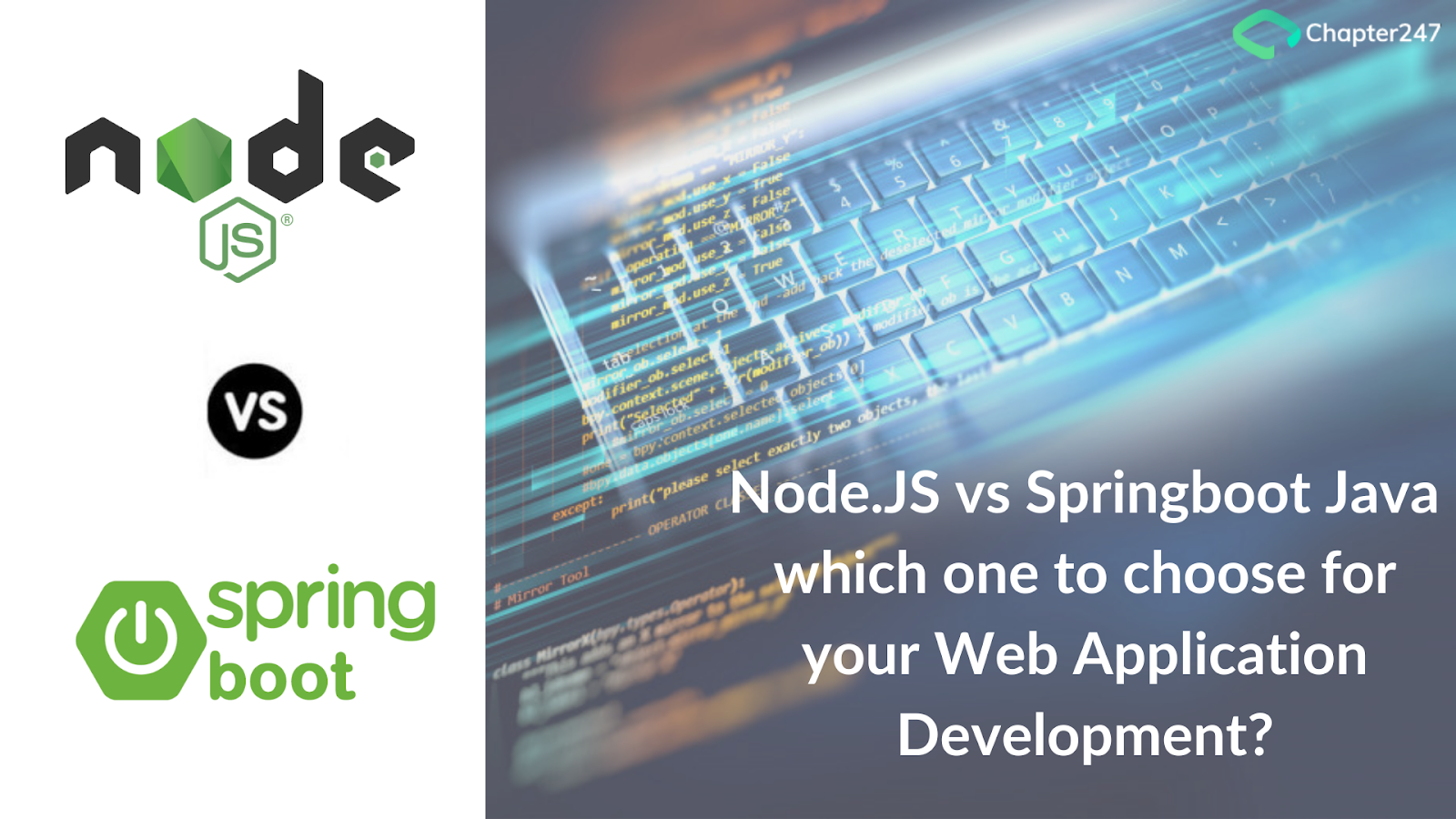 A comparison between Node.Js and Java is essential.

Spring boot Java is a class-based object-oriented program which has been popularly denoted as “write once run anywhere” programming language by the developers worldwide. It has proven to be quite portable in the sense that a Java program written for any platform, must run on fortification of both operating systems as well as the hardware. Spring boot Java is an open-source Java-based framework that is used to create a Microservice. It is considered a radiant framework for ready applications.

NodeJs application development is a run-time application that is used to generate server-side applications. NodeJs developers use NodeJs to create JavaScript as an open-source and cross-platform application. NodeJs developers prefer it because the scripts are written very fast and are also extremely flexible. Java, on one hand, is a language while NodeJs is a holistic ecosystem that has been made on Js which also syncs with Google’s V8 engine.

The first parameter to compare both NodeJs and Java is whether they are a single thread programming language or multi-thread. NodeJs is single-threaded meaning that only one request can be handled at a time. Only when one database query resolution is completed the second one is taken up. 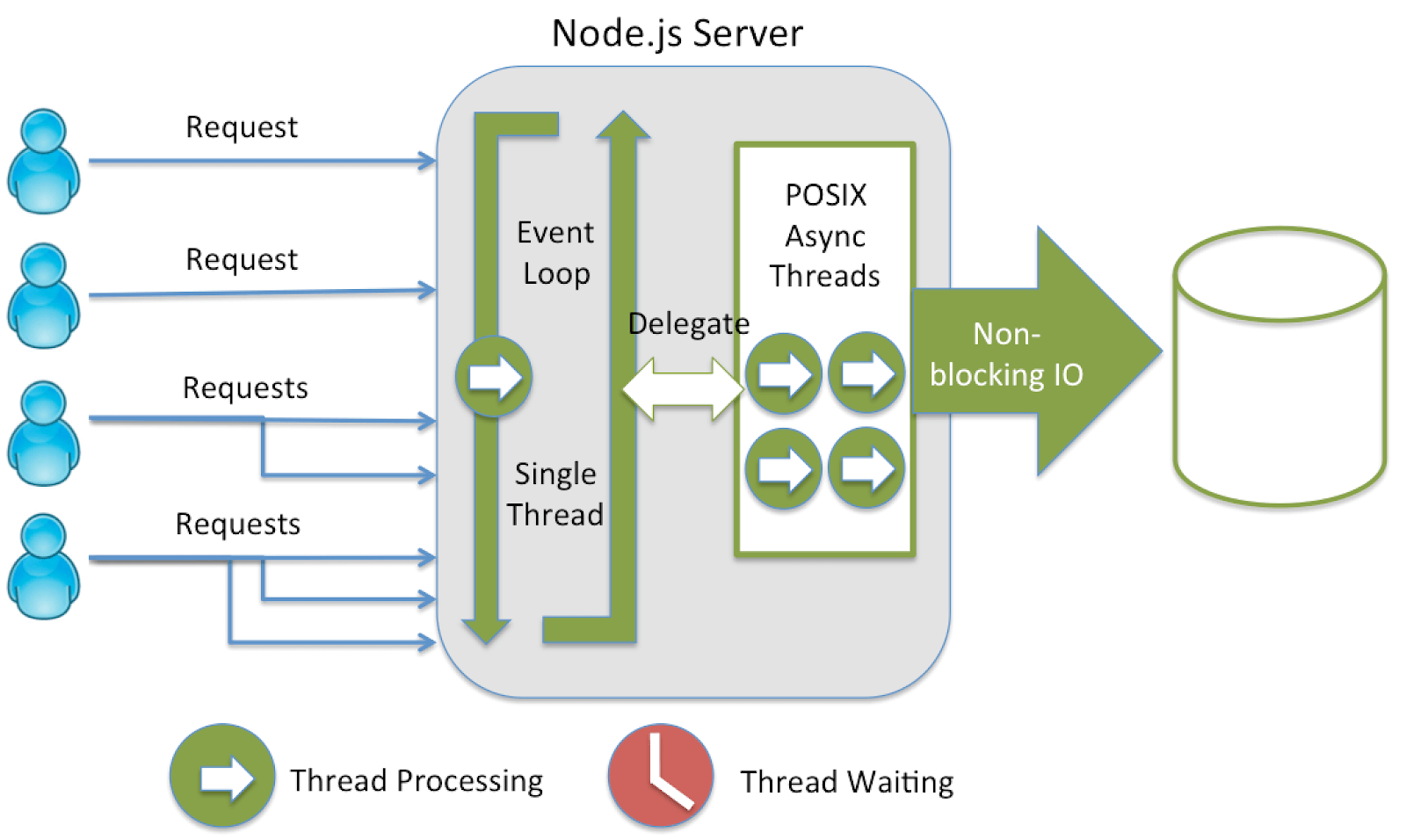 When the database completes the task, the message is posted in the event queue. There is no gap in monitoring the queue as it is done instantaneously. Upon detecting the event, it is removed after which the processing begins. For I/O applications requiring network access, Node Js is a perfect choice. NodeJs development companies will be able to resolve queries of multiple clients without the need to use hardware. One disadvantage is that it might not be the best solution for extreme CPU based applications like Video encoding, image manipulation, etc. Spring boot Java is Multi-threaded implying that many tasks can be undertaken in one go. 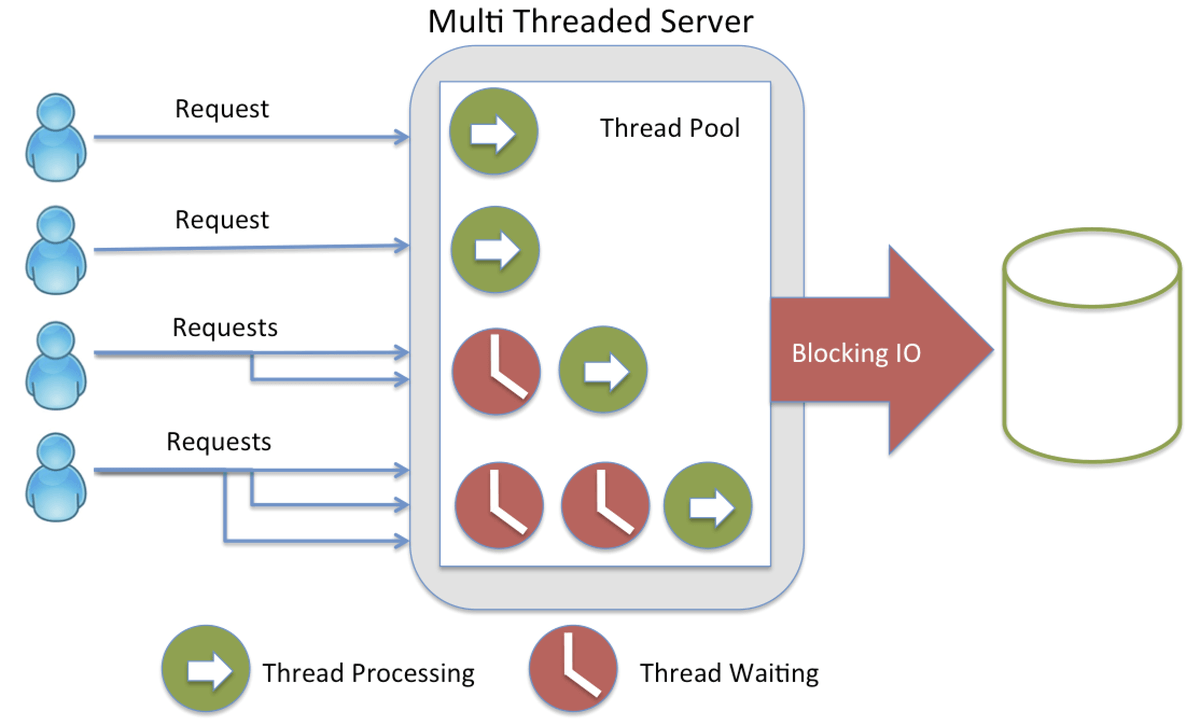 Multithreading helps in the better performance of the applications. For complex projects requiring the execution of multiple tasks, Java is recommended.

I/O communication model is nothing but the entire gamut of processes that displays the data. I/O is of two types namely blocking and non-blocking. Blocking means that the thread will not be able to perform fully unless the whole I/O is received while non-blocking means that even when the one I/O request is underway, it can also take up other requests without the need to wait. NodeJs development is non-blocking and asynchronous while Spring boot Java has a blocking I/O. NodeJs developers can easily send many requests at the same time which is opposite in the case of Spring boot.

High concurrency is a performance parameter that is needed for enterprise web applications. Spring boot Java, as we all know, is multi-thread and it needed a dedicated thread for every request. For concurrency, it will need many threads. But, when the load increases, the striking time between multiple threads is a costly affair. With the increase in threads, the operating system becomes extremely busy cutting time, that the CPU is not able to execute its task.

On that front NodeJs is extremely efficient. When it is running in full mode, the CPU will be busy but it will still not hamper the OS.

Both are popular but the popularity of NodeJs has exceeded that of Java. The entire ecosystem is transformational and expands the scope of the overall development. A look into the StackOverflow illustration given below, the global usage of NodeJs is path-breaking. 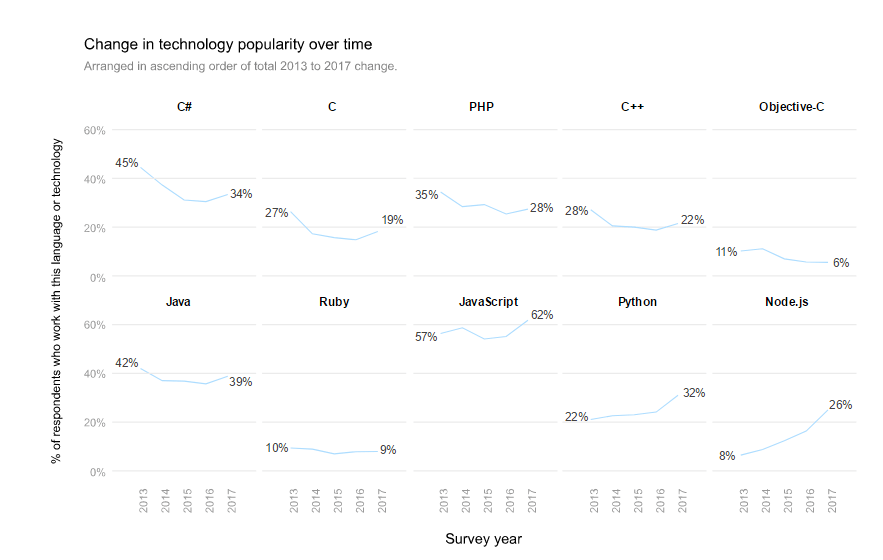 Compared to other countries America is the highest adopter of NodeJs development as it considers it one of the most progressive of all ecosystems.

Country-wise comparison of NodeJs shows that in terms of adoption, America is the biggest adopter of NodeJs application development. NodeJs is considered the most progressive of all ecosystems. 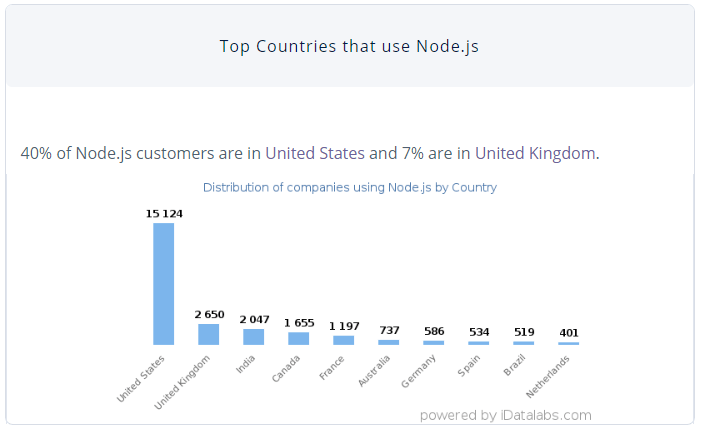 It hasn’t taken a lot of time for NodeJs to step up the charts because it has earned the reputation of being versatile. It is also easy to use and a great way for beginners. Its support in the form of library and resources also is abundant. Java being more than 20 years old is still in demand and is used in many applications.

These are the popular apps created on the NodeJs platform. Much as these names are considered trustworthy, NodeJs also is considered a trustworthy solution by NodeJs developers. Spring boot Java too can be credited with several top names as given in the illustration below: 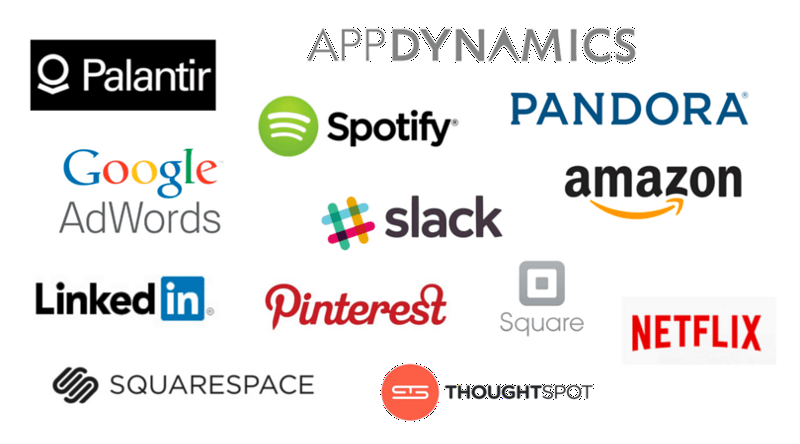 Spring boot Java also is versatile in the sense that it supports all platforms, devices, and OS. With its in-built security features with Java compiler and Virtual machine, it has carved a trustworthy name for itself. It also uses the Robust code feature that helps the application development take all cases of errors just with code. Spring boot Java also has a great integration capability and developers deem it fit for client-side technologies as it is a mature language.

Web applications are getting more complex so the need for a dynamic program application is much needed. While choosing between NodeJs and Spring boot Java, one has to understand the needs of the project. When the needs are clearly elucidated, the answers will have arrived at automatically.