Common Causes of Tube Bundle Failure in an HVAC System

Starting from large industrial plants to HVAC used for residential purposes, the heat exchanger tube plays a vital role in the upkeep of the entire system. A faulty tube bundle can completely disrupt the functioning of the equipment if unattended over time. So if your HVAC is causing any trouble in generating desirable results at keeping the temperatures indoors at optimum levels, it might be due to a faulty tube bundle. 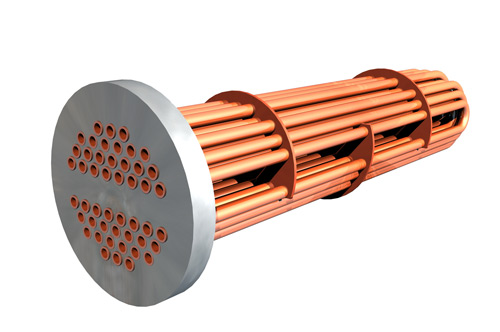 In such a scenario, the problem needs immediate addressing to prevent further damage to the system. It is as important as the need for a Trane evaporator coil replacement in the HVAC.

There are several reasons why a tube bundle inside HVAC might start acting out. Most of it is the result of a lack of maintenance and servicing by a trained professional. Given under are the most common reasons that lead to heat exchanger tube failure:

Corrosion of the Tube

Oxidation of the surface due to constant heat transfer can lead to corrosion, threatening the system’s performance. The build-up of Iron Oxide inside the tubes reduces the thermal saturation, corroding the tubes over time. It can cause leakage and perforation inside the tube and reduce the flow of the fluids as a result.

Although the issue is common in tube bundles, it is hard to avert. Even the earliest signs of corrosion are visible after significant damage has already been done. There remains no other option but to replace it. Tube erosion is another problem, which is usually caused due to reactions from trace elements of other metals present in the fluids.

The hammering caused by Water and Steam

When there is an abrupt disruption in the coolant flow or sudden rapid vaporization of the water in the tubes due to mostly a pump failure, the pressure inside the tubes will increase exponentially, causing its collapse. This is known as hammering.

Vibration inside the tubes caused by external or internal causes can intensify the pressure build-up in the tube, leading to its collapse.

Heat fatigue is caused by the constant circulation of fluids with high-temperature variations through the tube, exhausting it to the point of failure. The differences in temperature in the tubes and shells lead to flexing, which can cause warping and even rupture in extreme cases. The stark differences in thermal temperatures can often also lead to rapid contraction and expansion in the tubes. Over time this damages the tube bundle by forming leaks or completes collapse, disrupting the entire system.

These causes are not visible on the outside, the tell-tale sign being the poor performance of the HVAC. When that happens, it is best to get your system checked by a professional to assess the damage and the need for a tube bundle or a carrier evaporator coil replacement.

With the industry's best response time, Discount Coil is the leading supplier of top-quality HVAC equipment and heating/cooling coil for replacement, offering their esteemed services to the clients for decades.

Since 1985, Discount Coil is a leading manufacturer and dealer of replacement heating and cooling coils and other equipment for HVAC systems installed at residential and commercial properties. The company caters to clients' diverse needs that range from outmoded HVAC equipment to the latest tools and fresh installations. The quick response time and affordable price range help Discount Coil stand apart from other service providers.