By eliminating the third harmonic with the transient power surge and neutral current and voltage, 3rd harmonic filter solved chronic failures in HPLC chromatography machine, and detector rebooting used for sample analysis and data communication. The waters alliance HPLC chromatography system is a lab testing technique of Data Analytics and Detection in the pharmaceutical manufacturing process. It performs auto sampling and testing. The pharmaceutical manufacturing process receives power at 230V from 2nos 100KVA UPS connected in parallel in a hot standby mode. The high-performance liquid chromatography (HPLC) machine operates through a low voltage power card (LVPC) and logic board. Its detector is a piece of sensitive equipment which does sample analysis, report generation and transfers the report among other systems. The detector power supply is also through a separate LVPC card that converts 230V AC into 24V dc, 15V dc and 5V dc power supplies. The LVPC circuit board is similar to an SMPS card. 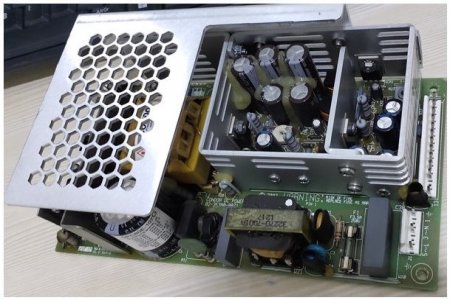 LVPC and Logic Board failure in HPLC chromatography machine

The HPLC chromatography machine splits and separates individual components from a mixture of chemical substances through a defined chromatography technique in biochemistry, analytical chemistry and pharmaceutical formulations. It helps in clarifying structural interpretation and quantifying degradation and impurities in bulk drug manufacturing process. The U.S. Food and Drug Administration (FDA), in a stringent regulation, has obligated all pharmaceutical companies by the HPLC chromatography method of quality testing for selling in the global market.

In about 18 months during 2019-20, the HPLC chromatography machines and detectors have reported over 150 failure, and unwanted detector rebooting problems at this pharma company production lines. The HPLC chromatography machine comprises an autosampler and a detector system. They are powered, each by an LVPC Logic Board that converts 230V UPS output power into various dc voltages. System failure and malfunction used to happen with LVPC logic boards, solenoid valves and electromechanical components which got mitigated after installing 2nos third harmonic filters (also called triplen harmonic filter) across each 100kva UPS output in one plus one hot standby mode. Also, each UPS had a 150KVA isolation transformer at its output power.

Causes of HPLC Chromatography System failure and detector rebooting as solved in the waters alliance machine at this Pharma Company.

5. In-addition several rebooting issues happened in the Detection unit of the HPLC system. Most reboots happened through the 5V supply of the LVPC logic board, which store testing data for transmission to other systems.